You are here: Home > About > Belbin Reports > Belbin Team Reports

Help your team work better together 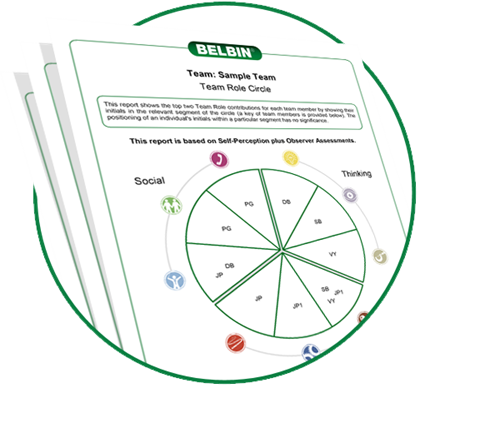 We may understand our own Belbin Team Role contributions, but this is of limited use if we don't share that information with others. To build and manage great teams, team members need to understand, recognise and maximise the behavioural strengths of others, whilst managing and containing the associated weaknesses. Once you have completed the Self-Perception Inventory and (hopefully) received feedback from others (using the Observer Assessments) how can you transition from individual to team development?

A Belbin Team Report is the next step.

This report isn't there as a definitive document - after all, we have no idea what type of team you are working with, the objectives, time-scales, hierarchy etc. It is a tool with which to initiate meaningful, productive conversations and to start the team on the journey of becoming as great as it can be. 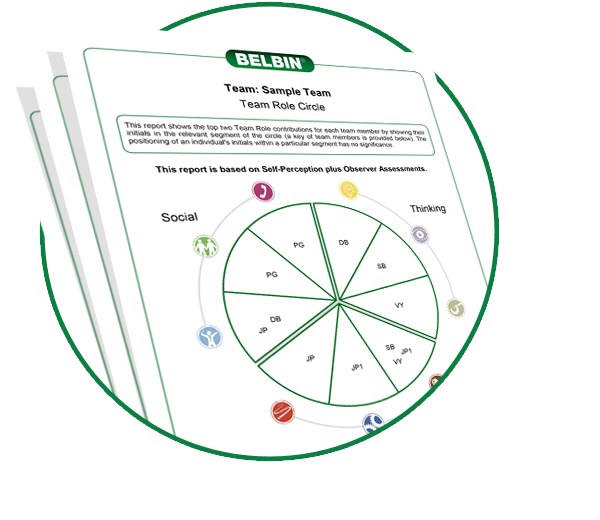 What can I use the Team Report for?

If the team have all used the Observer Assessment element of the Belbin Individual Report, the Belbin Team Report is made up of 7 pages of conversation starters!

What does each page say?

One word of caution: We do not recommend that the Belbin Team Report is handed out to each team member. It is there as a guide for the facilitator, and needs to be understood before it is used. The Belbin Team Report comes with a useful guide which highlights some potentially sensitive areas for feedback.

If you are unsure on how to get the most out of the Belbin Team Report, or any of the Belbin Reports, come along to a Introduction to Belbin Session, or become Belbin Accredited.

How can I get a Belbin Team Report?

Once individuals have completed their Self-Perception Inventory and (preferably) received Observer feedback, you can generate the Belbin Team Report.

Each Belbin Team Report costs just £75 + VAT. If you purchase your Belbin Reports from this website with a credit card, you can add them to your Belbin Individual Report purchase. If you prefer to be invoiced, just contact us.

If you are thinking about using the Belbin Team Reports on a regular basis, the Interplace package would be the best option for you, as they are included free of charge with this package. You can create as many Team reports as you like - try different combinations of people, look at succession planning, use for recruiting purposes, without paying a penny!