You are here: Home > About > Behavioural vs. Psychometric Tests

Many companies use psychometric, behavioural and personality tests to help them make decisions, develop employees and build high-performing teams. There are a wealth of tests to choose from, so how do you decide? Discover how to choose the test that best suits your needs. 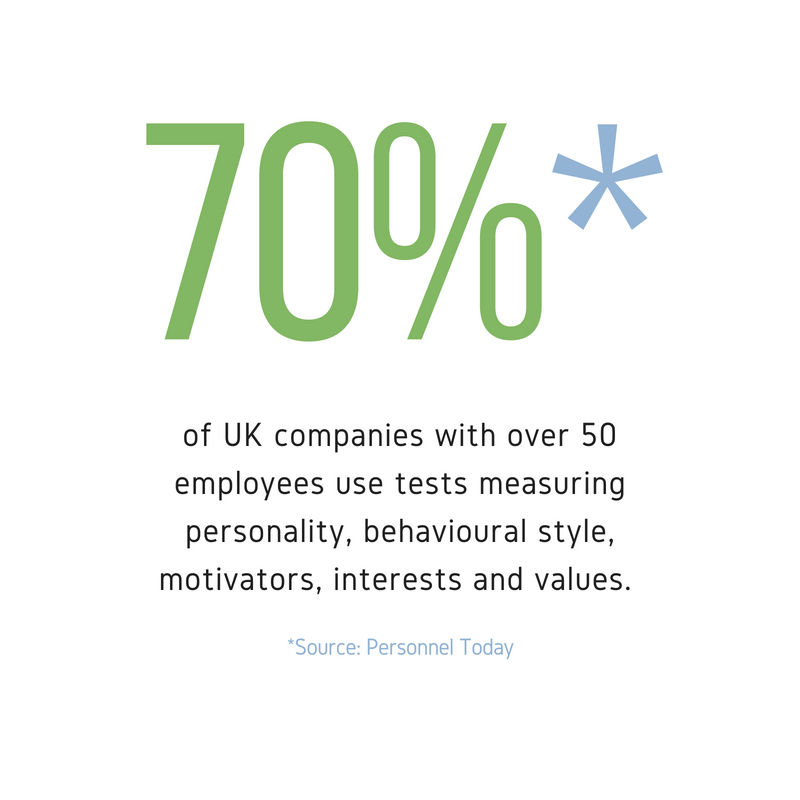 From SMEs to multinationals...

...many organisations use testing of some sort (whether aptitude, suitability, psychometric or behavioural) to help manage, develop, engage, and make decisions about, individuals within their organisation.

The benefits of introducing testing into the workplace (whether for recruitment, or for ongoing personal and team development) include:

First, you need to decide exactly what you, or your organisation, hope to gain from testing.

What sort of information or advice do you wish to obtain that will help you with the organisation’s recruitment or personal development project? How will line managers, HR, trainers or consultants be using the information provided, and to what end?

At Belbin, we distinguish between behaviour and personality.

Many tests claim to cover both behaviour and personality, but actually, these are distinct, so it’s important to find out exactly what your chosen test will be measuring. Belbin measures behaviour and does not have psychometric properties. There are a number of different factors which influence our behaviour – and personality is one of them. Others include: skills and abilities; values and motivations; experiences and external influences. Whilst personality may not be immediately apparent to others, behaviour is – it’s the outward manifestation of all those factors, working together and acting on other people.

Many psychometric or personality tests provide results which focus on an individual’s personality traits. Bear in mind that whilst this information may be edifying for the individual concerned, it is not necessarily the most useful form of feedback for the organisation. Instead, it may be more advantageous to retrieve practical advice which is grounded in 360-degree peer reviews and which is specifically focused on the work setting. 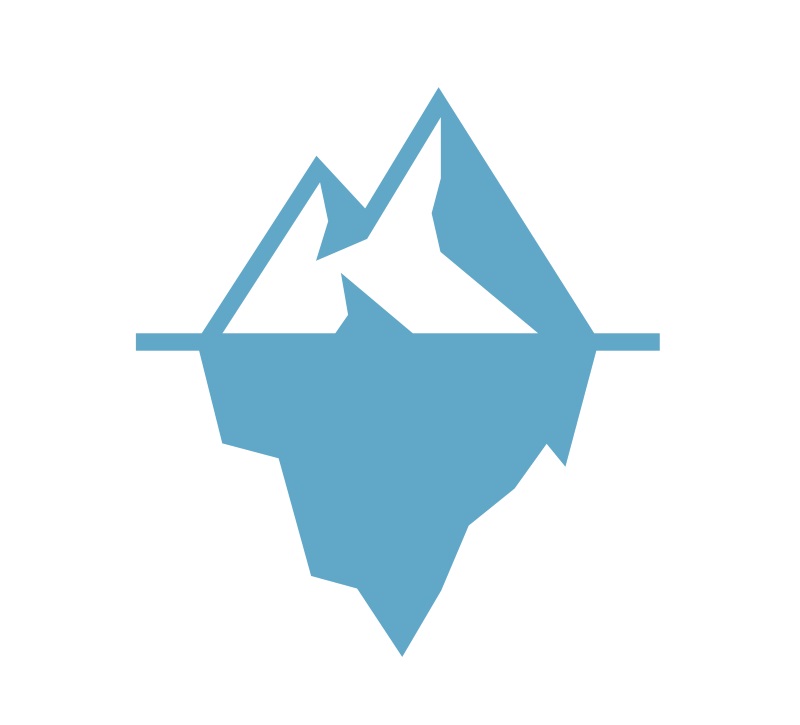 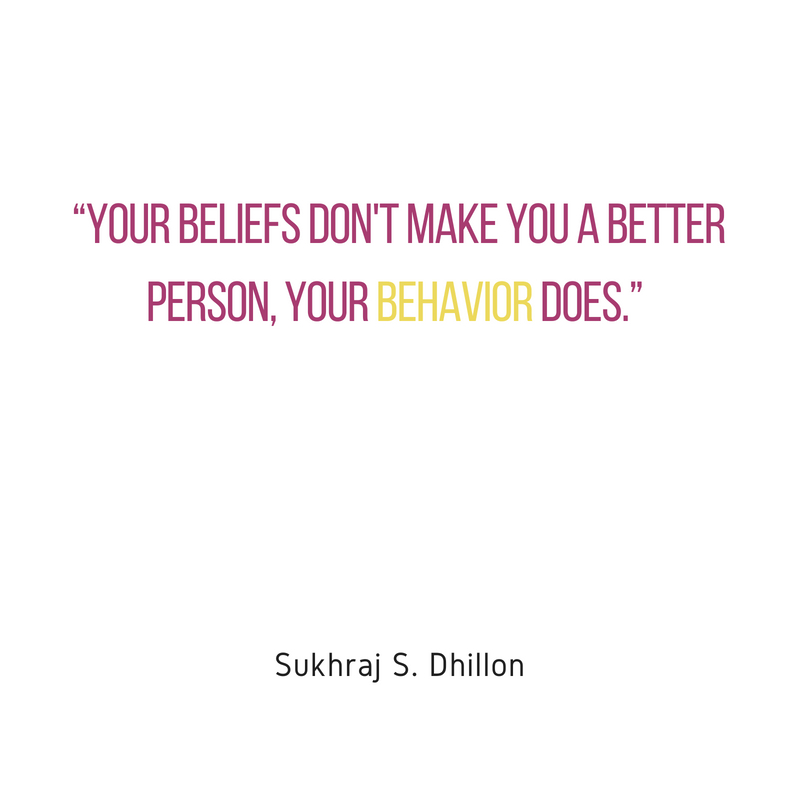 What is a Psychometric Test?

There are many tests that focus on an individual’s personality. Aspects such as extroversion/introversion, thinking/feeling are measured and are considered relatively fixed. They are based on an individual’s answers to a range of questions. There is no 360-degree view, so one could say that the outcome is only as good as an individual’s self-knowledge.

The question to ask is whether the outcome of a psychometric test has a great deal of bearing on the individual’s performance in the workplace? Does it matter that a member of staff can be labelled an extrovert, or is it more useful to see how that staff member contributes in a particular work situation?

At Belbin, we feel that the latter is more useful and thousands of organisations worldwide agree. Of course personality is a factor, but it is only one of many that influence an individual’s behaviour.

A behavioural test investigates propensities towards certain kinds of behaviour and styles of interaction with others, rather than measuring personality traits. Behaviour is regarded as more changeable than personality, since we can adapt our behaviour depending on what is required of us in a given situation or role.

Behaviour is also observable. This means that it affects, and is affected by, those around us. This makes the process of understanding and adapting our actions a democratic one: whilst we wouldn’t ask others to tell us about our personalities, we often remark on one another’s behaviour.

Finally, behavioural tests can provide constructive feedback which directly informs the way an individual behaves in the workplace. Personality is unlikely to change, so to dust off the cobwebs and get individuals and teams working more effectively, we need to focus on the point where changes can be made: our behaviour. 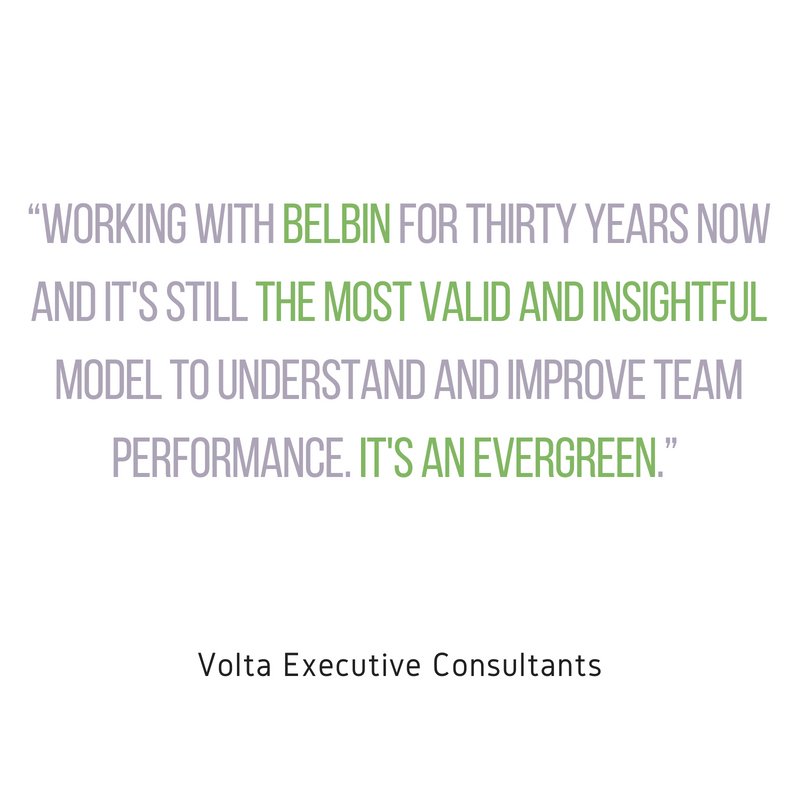 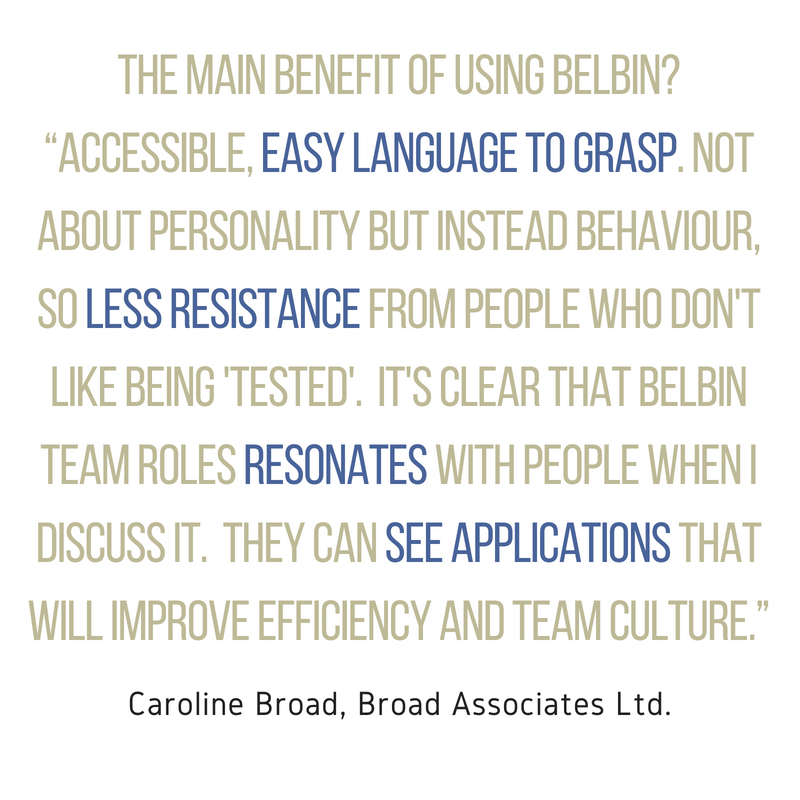 Belbin is concerned with behaviour: what others in your team see and experience. Whilst this may be influenced by your personality, this is not the only factor.

In a nutshell, during the 1970s, Dr Meredith Belbin and his research team at Henley Management College set about observing teams. As the research progressed, the research revealed that the difference between success and failure for a team was not dependent on factors such as intellect, but more on behaviour.

The research team began to identify separate clusters of behaviour, each of which formed distinct team contributions or “Team Roles”. A Team Role came to be defined as:

"A tendency to behave, contribute and interrelate with others in a particular way."

It was found that different individuals displayed different Team Roles to varying degrees. Moreover, the behaviour assumed might not correspond with what others observe. Whereas many psychometric tests rely on self-reporting, the Belbin assessment uses 360° feedback to give you an accurate idea of how you fit in your team.

We believe in change. So, we think behaviour holds the key.

'Personalities' don't always reveal themselves wholly and uniformly at work – it can vary enormously, depending on who we are and what we do. Preconceived ideas and aspirations can stand between the person we want to be and the one who really shows up at the office.

By focusing on our behavioural styles, and allowing others to evidence how they interpret our behaviour at work, we have real opportunities to work to our strengths and contain the weaknesses which may stand in the way of success.

Using the language of Belbin Team Roles, organisations can use real team data to take practical steps that introduce and instil lasting change. 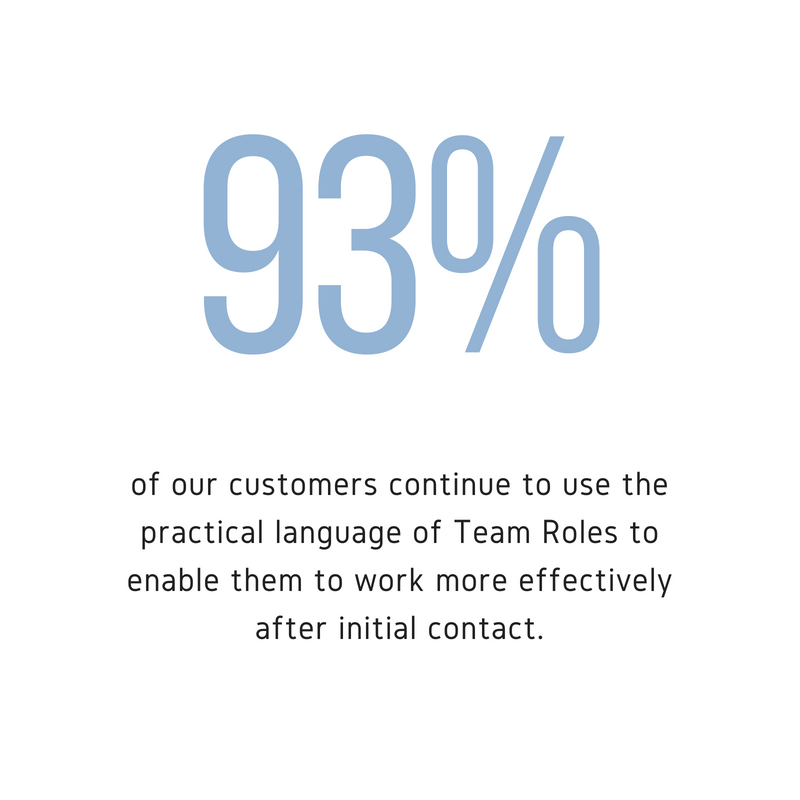 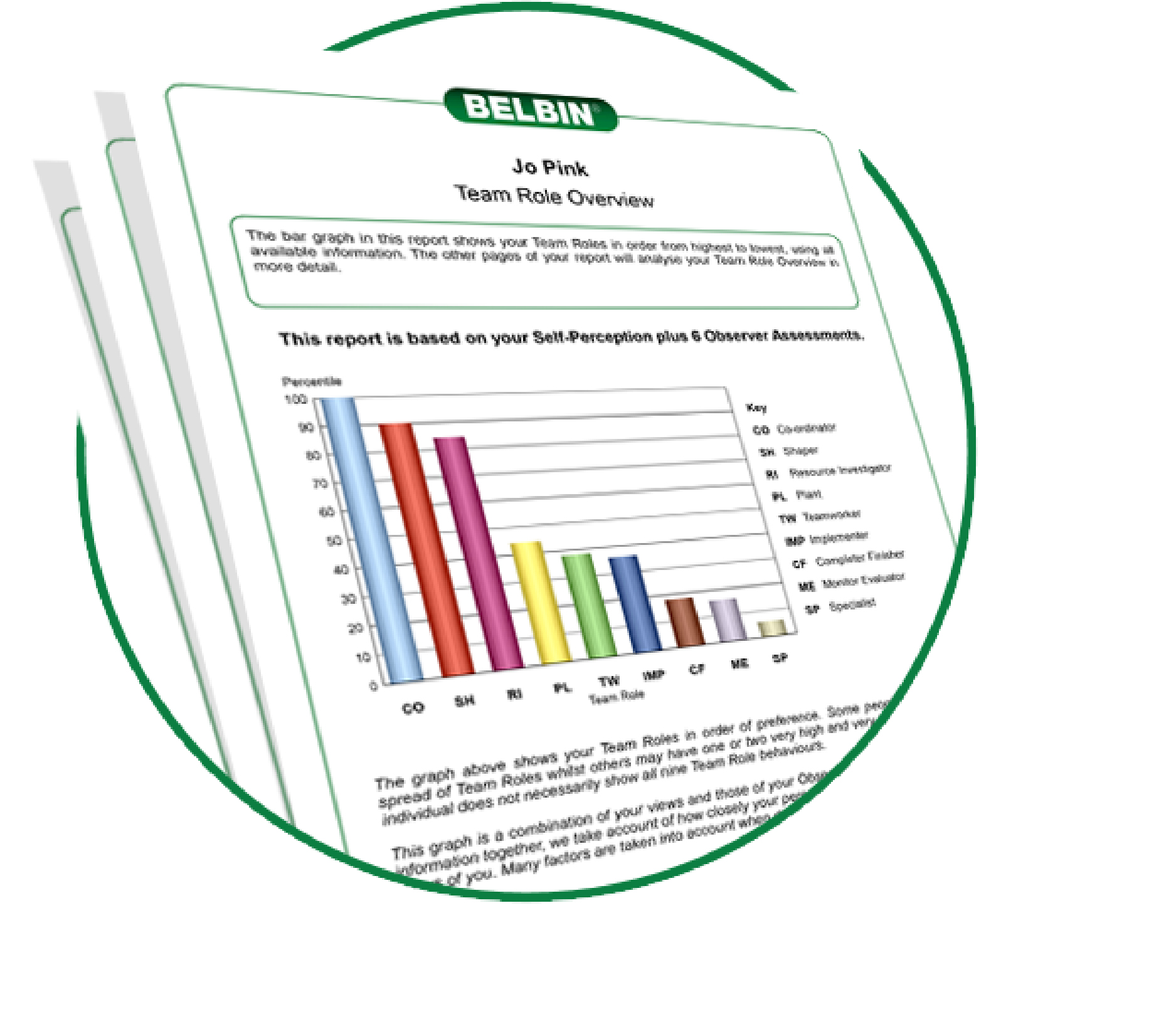 In a nutshell, using Belbin will give you:

The first step to uncovering strengths and weaknesses is for individuals to complete the Belbin questionnaire, called the Self-Perception Inventory, and where possible, to obtain feedback from colleagues and managers.

Once the Belbin Individual Reports have been generated, conversations can begin...

Contact us to see how you can use Belbin Team Roles within your organisation, or – if you are an independent consultant – as part of your toolbox.