You are here: Home > Conflict

Conflict is essential for teams, but it has to be handled in the right way.

How do we approach conflict?

Many of us are conflict avoidant. Disagreements can produce physiological responses we don’t like – it can trigger our 'fight or flight' response.

We fall into the trap of thinking that all conflict is bad or dysfunctional conflict – that it will seem unkind or hurt others' feelings, that it will consume goodwill, time and energy without producing a valuable outcome. 'High conflict' distorts reality, creating an 'us and them' situation.

The cost of conflict avoidance

Failure to process conflict causes untold problems for teams and businesses. They build what Harvard Business Review calls a 'conflict debt' – 'the sum of all undiscussed and unresolved issues that stand in the way of progress'.

Another danger of always seeking agreement and harmony is that it can become difficult for people to speak up and dissent, so we miss the opportunity to stop and change course when we discover that something isn’t working.

When teams take the time to disagree, they often come up with more effective and mutually agreeable solutions than whatever was first considered. It encourages us to pull apart an idea and ensure that it stands up to scrutiny and merits further consideration.

By avoiding conflict, teams can become stuck in the ‘honeymoon phase’ which limits productivity and creativity and stunts growth.

"Clashes between parties are the crucibles in which creative solutions are developed and wise trade-offs among competing objectives are made."

Is conflict good for teams?

It may seem counterintuitive, but functional conflict can actually be good for teams. In fact, it’s crucial for effective teamwork.

Professor J. Richard Hackman, a professor of social and organisational psychology at Harvard University, discovered that arguments were good for a team, so long as they were handled well and focused on the team's objectives.

Conflict allows teams to acknowledge and synthesize diverse perspectives – this means greater inclusivity in the workplace, through the acknowledgement of diverse perspectives. This has an impact on the bottom line. Research has shown that, whilst homogenous groups rated their performance more highly, diverse groups were more successful in completing tasks.

Disagreements within the team provide opportunities for learning and growth. The more the team practises listening to, and integrating, feedback, the more it evolves.

Surprisingly enough, conflict also improves relationships and job satisfaction, because we gain a better understanding of our colleagues and what makes them tick, and because problems are addressed rather than being swept under the carpet.

The value of conflict

In this episode from our Belbin webinar series, Managing Director, Jo Keeler, speaks with Deborah McGovern, Head of Training and Consultancy, about the importance of conflict in the team and how Belbin can help people to understand one another's strengths and collaborate more effectively.

What do we need for constructive conflict?

Fostering the environment for constructive conflict in teams is a big ask. Conflict aversion is strong and it isn’t enough to tell people that disagreement is healthy and hope for the best.

In order to use conflict effectively, we need the skills and mindset to do so.

'Conflict rituals' or commonly agreed rules of engagement can help people to engage with conflict in a constructive way. This might be specifying that people should go first to the person they have a problem with, that they should offer proposed solutions, or at which point to involve a third party as a mediator. This can make disagreements more of a process and remove some of the unknown elements from the equation.

In order for people to argue effectively, psychological safety needs to be an integral part of the team’s make-up.

Psychological safety is the idea that, in order to succeed, people in teams need to feel safe to take risks and make mistakes without fear of recrimination. Establishing psychological safety frees up time and cognitive energy so that the team can expend it on projects, rather than threats from within.

Rather than waiting for conflict over a particular issue to arise, take a proactive approach. This might involve identifying how people like to work, and where areas of misalignment or tension are likely to occur.

Ask the team to provide ideas and feedback on tackling these differences and to devise strategies for handling them. This helps everyone with the identification process and gives them a vested interest in making the solutions work.

Ever noticed how often we talk about differences when it comes to conflict? We say that people 'can't get past their differences'.

When we use this kind of language, it could be that the disagreement at hand is not about one particular issue, but is bringing along a lot of 'baggage', in terms of how particular people (or the team as a whole) have interacted in the past.

When a team keeps running into the same kinds of difficulties, the language of Belbin Team Roles can help to focus on the bigger picture – differences in terms of objectives, approaches and mindsets.

This depersonalises the conflict, allowing team members to see beyond the emotion of the moment and try and reframe the discussion in a way that will be helpful to the team and organisation as a whole.

Join over 25,000 people who receive our research and insights once a week. Unsubscribe any time.

Teaming up across the miles

"One key insight was that both teams were imbalanced in their Team Roles, both having an overabundance of some roles and gaps in other roles (they were imbalanced in different ways). Because of these imbalances, neither team could be very productive on its own, and the differences in working styles practically guaranteed conflict between the groups." – VP, Xerox 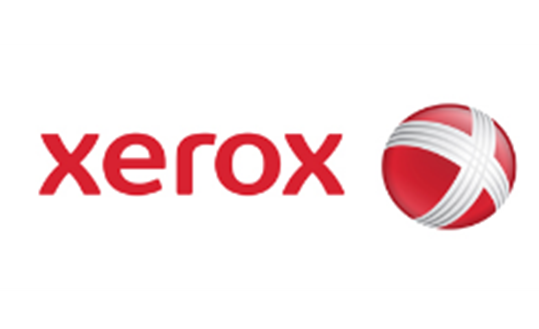 Each of us has a number of Team Role behaviours which we adopt most readily when working in a team.

Those Team Role strengths can influence how we approach conflict. For example, the thinking roles (Plant, Monitor Evaluator and Specialist) might enjoy the debate for its own sake.

Those with high Shaper are likely to be among the most confrontational. They’re not afraid of conflict in the team, so long as it achieves a result. This can be a good antidote to a team who is coasting or full of people afraid to rock the boat.

Teamworkers, however, tend to avoid conflict, because they value interpersonal relationships with the team and don’t want to cause upset.

Those with opposite Team Role strengths can discover that they frequently come into conflict. The Resource Investigator's enthusiasm and expedience can clash with the Completer Finisher's attention to detail or fussiness. The Plant's imaginative solutions and blue sky thinking might be tiresome to the Implementer's practical mindset.

When addressing patterns of conflict within a team, it’s important to understand these dynamics, our own strengths, and the strengths of others in the team.

If the high Implementer knows that the Plant is bouncing ideas around, they can decide that their involvement isn't needed until later and deploy the Monitor Evaluator to ensure that unworkable ideas don't get past the vetting stage.

Of course, conflicts are still bound to arise, but Belbin helps us to understand an individual's mindset and objectives, so that we can tackle conflict in the right way.

How do the Belbin reports address conflict?

Conflict usually arises from misunderstanding or lack of communication. It can manifest itself in many ways. Lowered morale, reduced productivity and increases in absenteeism can all be strong indicators that something needs to be addressed.

The language of Belbin Team Roles can help in areas where discussions can too often include personal attacks and can often exacerbate the conflict.

Working relationship reports are ideal for handling conflict between two people. They identify key differences in behavioural tendencies, opening up conversations and enabling people to work more effectively together, with a greater understanding of one another's strengths.

Our experienced consultancy team is ready to design a workshop bespoke to your needs. We look at the issues that are specific to your organisation and teams. Then, using the Belbin theory, we build a bespoke workshop specifically designed to address the issues that you are facing.

Using a Belbin facilitator ensures that everyone can participate and maximize their contribution. We facilitate sessions with teams at all levels, from boards of directors to new recruits.

Our workshops can be conducted online via the platform of your choice, or face-to-face.

If you'd like to find out about a workshop for your team, please complete the form below and we'll get in touch.

If you are interested in a workshop, please complete this form and a member of our training team will get back to you.