You are here: Home > Resources > Belbin and project teams

Project teams present an opportunity – and a challenge

It may be tempting to ignore the 'people' element and focus on getting the work done, especially when odds are already stacked against projects running on time, but doing so only exacerbates the problems that are bound to arise.

Exploring the behavioural styles present within your project team allows you to frame individual contributions in a different way. Rather than focusing on who comes from which geographical region or department, talking Belbin Team Roles places the emphasis on the unique set of strengths each person has to offer, opens up new opportunities for collaboration beyond job titles and descriptions, and highlights common ground – or synergy – with others in the team.

Ideally, behavioural styles should be used to help form – and inform – your project team. Too often, project teams possess a broad range of hard skills and expertise, but are lacking the behavioural diversity needed for success. If the team is already assembled, it’s still important to use an understanding of Belbin Team Role strengths to determine who should be involved at each stage.

When working on a project, it is standard practice to break down the project in terms of the work that needs to be done. We project-manage the work, add timeframes, and arrange meetings to check that the work is on schedule. There is an industry created to provide the tools to accomplish this. But how often is the human element taken into consideration? When delineating the series of tasks that make up a project, time needs to be taken to consider which Belbin Team Role behaviours are best suited to each. Once this discussion has been taken, it is a straightforward next step to allocate the work to the person who has those Belbin Team Role behaviours. 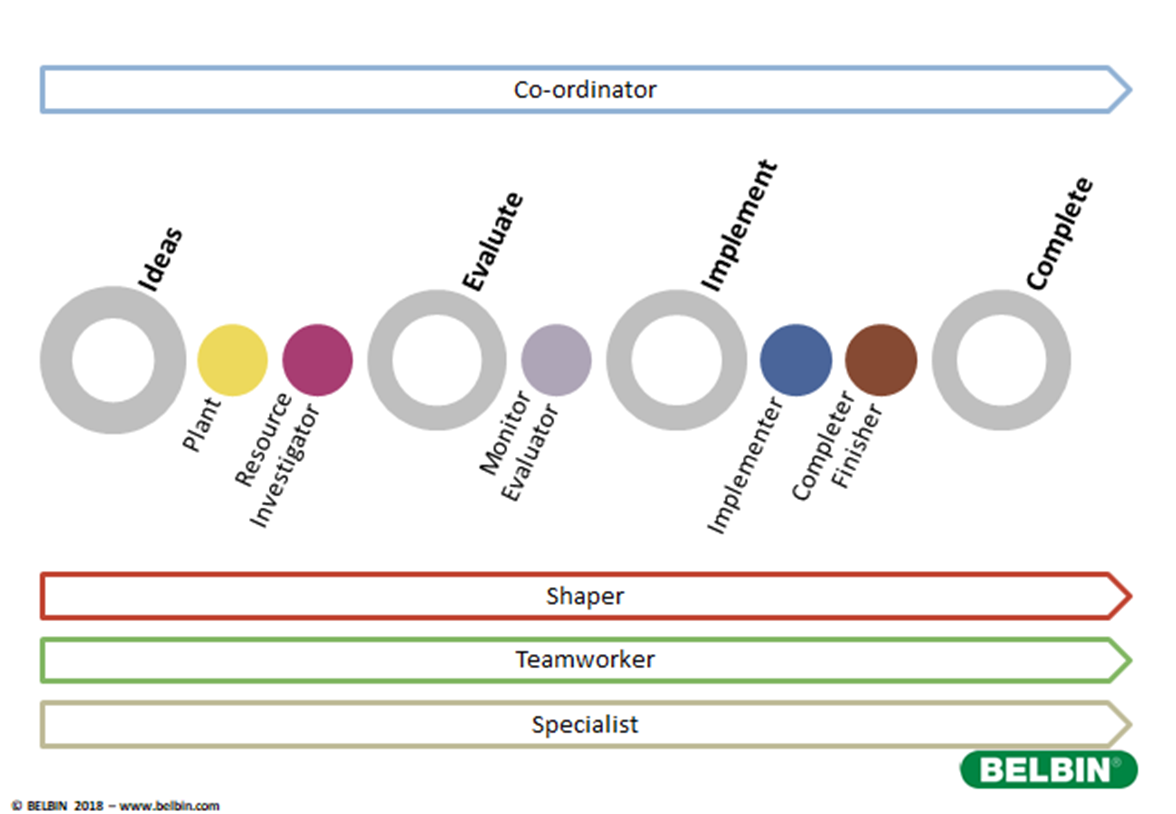 Of course, even when playing to our strengths (best-case scenario), we expect associated weaknesses to come into play. Explaining how and why we struggle, or experience frustration or disappointment, is key to managing those weaknesses for the good of the team. It can be as simple as relieving a high-scoring Teamworker of pressured decision-making, or shifting follow-up from the desk of an out-and-out Resource Investigator to that of an Implementer / Completer Finisher, who is more likely to relish the task.

Is the individual enjoying the challenge of exploring distinct roles in a new team context? What are the challenges of a shifting Belbin Team Role identity?

Sometimes, project teams can cause greater Team Role strain, pulling an individual out of role to fulfil a particular Belbin Team Role requirement. If the strain is short-term – and if it is recognised and appreciated by others in the team – this can help alleviate the negative effects for the individual in question.

Finding your own team's equilibrium

Of course, every team’s requirements are different – the precise Belbin Team Role balance required will depend on the specific parameters of the project. The important thing? To consider behavioural diversity at all stages in the project team’s life-cycle, for the best chances of success.
Contact us today to discover how Belbin helps project teams in action.