You are here: Home > Resources > The Belbin Blog > Do you know an Indy from a Melon?*

Do you know an Indy from a Melon?*

At first, the language of the Winter Olympics in Pyeongchang, South Korea seems alien, comical and even nonsensical.

Commentators talk about nose grabs and tail grabs, they compare an Indy with a Japan and a Melon*, and Google works overtime to help this non-snowboarder (too old, too achy) make sense of it all.

But as time goes by, the language becomes more familiar. When watching the curling, we come to know what it means when someone burns a rock, and that cleaning the ice helps to decrease friction, although not as substantially as sweeping!

Understanding and using language is key.

Whilst catching up with a customer, the discussion turned to how the language of Belbin had permeated throughout their entire organisation. They talked about how the word 'Belbin' had taken on a new meaning - to be 'Belbined', your [Belbin] Report, how are we using Belbin in this this situation… “Belbin has become part of our business operating system and is part of the organisation's lexicon”.

This is just one of the strengths of Belbin, the language of teams and business. It is practical, it resonates with managers and it's easily embedded within business practice, giving it real longevity.

Belbin also transcends cultural and language barriers. Our Distributor in Australia sums it up well: "The United Nations use the Belbin Team Role Model, and its individual and team profiles, to accelerate people's ability to move beyond superficial national, cultural and gender biases. It creates an elegantly simple and non-threatening common language for teamwork."

With Belbin inventories and Reports now available in 18 different languages, Belbin is rapidly becoming that elusive 'Babel Fish' for global teams seeking a common language to offer insight into individual and team behaviours.

And so we return – thank you for staying with me – to The Winter Olympics!

Professor Won-Woo Park (Business School, Seoul National University) has joined us as our South Korean Distributor. Won-Woo and his team are busily translating the language of Belbin in to Korean, and we are delighted to have them on board. We hope that this additional language will open even more doors for teams and help them to assimilate the language of Belbin into their own organisational lexicon. 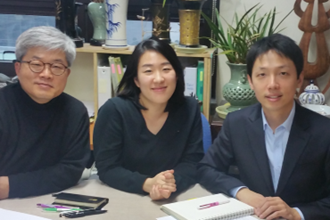 Who knows, although a bit too late for the benefit of the South Korean Olympic team this year, Belbin may play a part in any future successes!