You are here: Home > About > The Nine Belbin Team Roles

What is a Team Role?

A Belbin 'Team Role' is one of nine clusters of behavioural attributes identified by Dr Meredith Belbin's research at Henley as being effective in order to facilitate team progress.

"The types of behaviour in which people engage are infinite. But the range of useful behaviours, which make an effective contribution to team performance, is finite. These behaviours are grouped into a set number of related clusters, to which the term 'Team Role' is applied."

Meredith Belbin's research showed that the most successful teams were made up of a diverse mix of behaviours. To build high-performing teams, we need to represent each of the nine Belbin Team Role behaviours at the appropriate times.

What are the nine Belbin Team Roles?

The nine Belbin Team Roles are: Resource Investigator, Teamworker and Co-ordinator (the Social roles); Plant, Monitor Evaluator and Specialist (the Thinking roles), and Shaper, Implementer and Completer Finisher (the Action or Task roles). You can find more detail about each Team Role below.

How do I find out my Belbin Team Role strengths and weaknesses?

The only sanctioned way of finding out your Belbin® Team Role strengths and weaknesses is by completing the official Belbin® Self-Perception Inventory online, and receiving a Belbin® Individual report. We then recommend that you ask for feedback from people you work with, using the Observer Assessment. This gives you an updated Belbin Individual report which gives you an insight in to which Team Role behaviors others see and value.

Over 3 million Belbin® reports have been generated worldwide for individuals, managers, teams and organisations. Contact us to start your Belbin® journey, or purchase your own Belbin Individual report directly here.

Uses their inquisitive nature to find ideas to bring back to the team.

Allowable weaknesses: Might be over-optimistic, and can lose interest once the initial enthusiasm has passed.

Helps the team to gel, using their versatility to identify the work required and complete it on behalf of the team.

Allowable weaknesses: Can be indecisive in crunch situations and tends to avoid confrontation.

Don't be surprised to find that: They might be hesitant to make unpopular decisions.

Needed to focus on the team's objectives, draw out team members and delegate work appropriately.

Don't be surprised to find that: They might over-delegate, leaving themselves little work to do.

Tends to be highly creative and good at solving problems in unconventional ways.

Allowable weaknesses: Might ignore incidentals, and may be too preoccupied to communicate effectively.

Don't be surprised to find that: They could be absent-minded or forgetful.

Provides a logical eye, making impartial judgements where required and weighs up the team's options in a dispassionate way.

Allowable weaknesses: Sometimes lacks the drive and ability to inspire others and can be overly critical.

Don't be surprised to find that: They could be slow to come to decisions.

Brings in-depth knowledge of a key area to the team.

Allowable weaknesses: Tends to contribute on a narrow front and can dwell on the technicalities.

Don't be surprised to find that: They overload you with information.

Provides the necessary drive to ensure that the team keeps moving and does not lose focus or momentum.

Strengths: Challenging, dynamic, thrives on pressure. Has the drive and courage to overcome obstacles.

Allowable weaknesses: Can be prone to provocation, and may sometimes offend people's feelings.

Don't be surprised to find that: They could risk becoming aggressive and bad-humoured in their attempts to get things done.

Needed to plan a workable strategy and carry it out as efficiently as possible.

Strengths: Practical, reliable, efficient. Turns ideas into actions and organises work that needs to be done.

Allowable weaknesses: Can be a bit inflexible and slow to respond to new possibilities.

Don't be surprised to find that: They might be slow to relinquish their plans in favour of positive changes.

Most effectively used at the end of tasks to polish and scrutinise the work for errors, subjecting it to the highest standards of quality control.

Allowable weaknesses: Can be inclined to worry unduly, and reluctant to delegate.

Don't be surprised to find that: They could be accused of taking their perfectionism to extremes.

Belbin Team Roles isn't just a theory, it's a practical tool to help individuals, teams and organisations work more effectively to achieve business objectives. The only way of finding out individual Belbin Team Role strengths and weaknesses is by completing the Belbin questionnaires and receiving a fully normed and researched Belbin Individual report crammed full of advice and guidance.

Once you have the Belbin Individual reports to hand, conversations can start, and change can begin to happen. 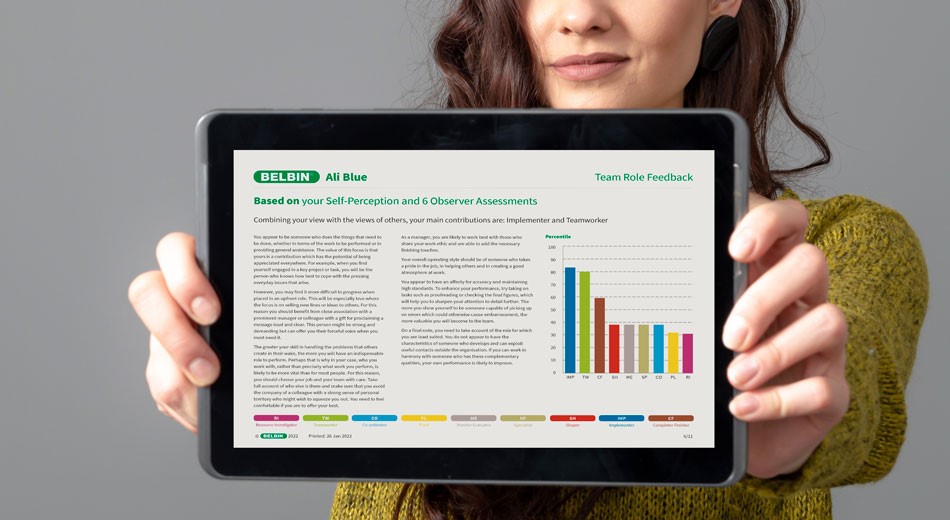 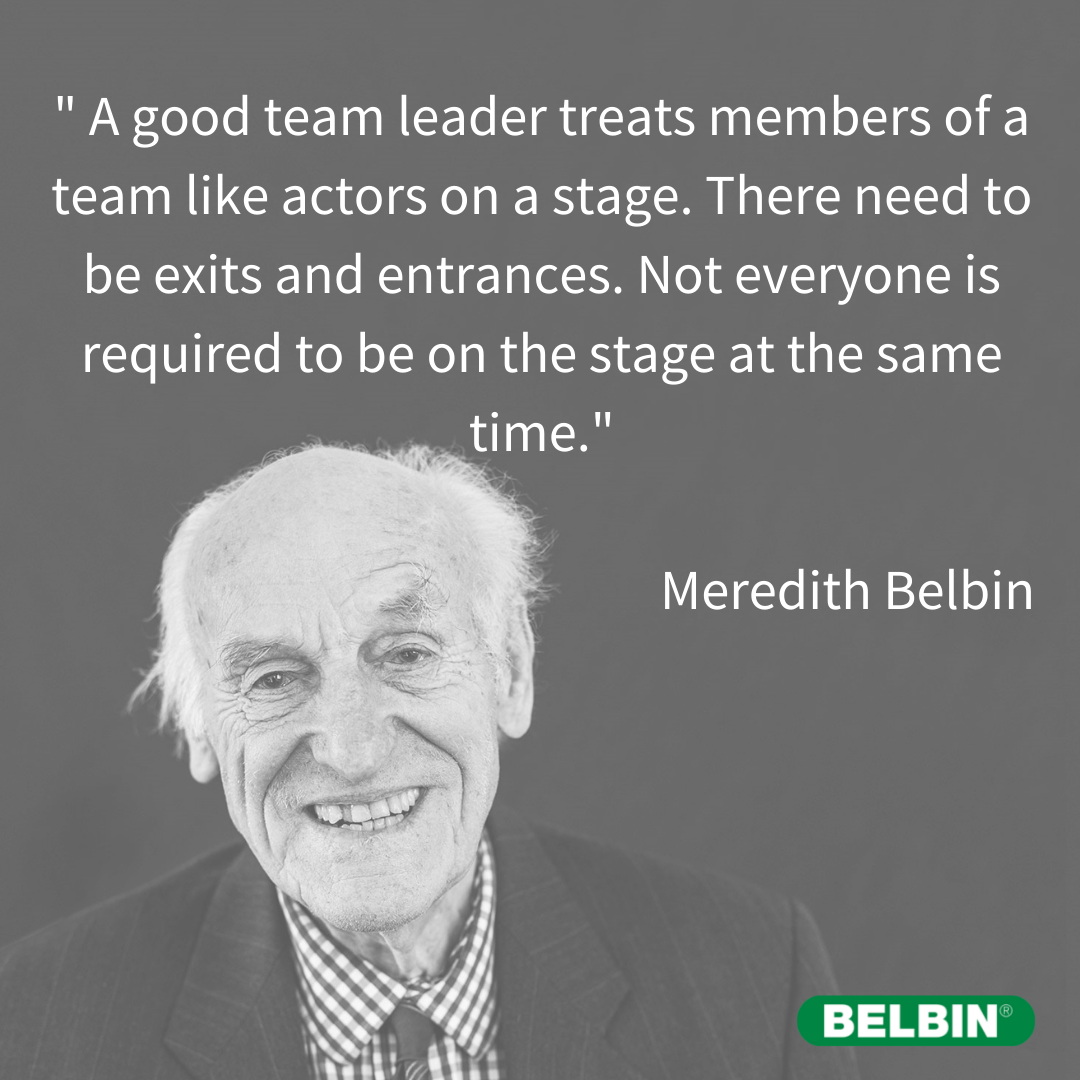 Are all Team Roles needed at all times?

It's not always necessary to have all Team Roles working simultaneously. It's important to consider the team objectives, and then work out which tasks need to be undertaken. Once this has been done, discussions can take place regarding how and when each Belbin Team Role behaviour should be utilised.

Using Belbin can give people a greater understanding of their strengths, which leads to more effective communication in the team. Managers can put together great teams, enhance the performance of existing ones, and ensure that everyone feels that they are making a difference in the workplace.

Do you need nine people in a team, each with a strength in each Belbin Team Role?

Although there are nine Belbin Team Roles, this doesn't mean that every team requires nine people. Most people will have two or three Belbin Team Roles that they are most comfortable with, and this can change over time. Each Belbin Team Role has strengths and weaknesses, and each role is equally important to the team's success. 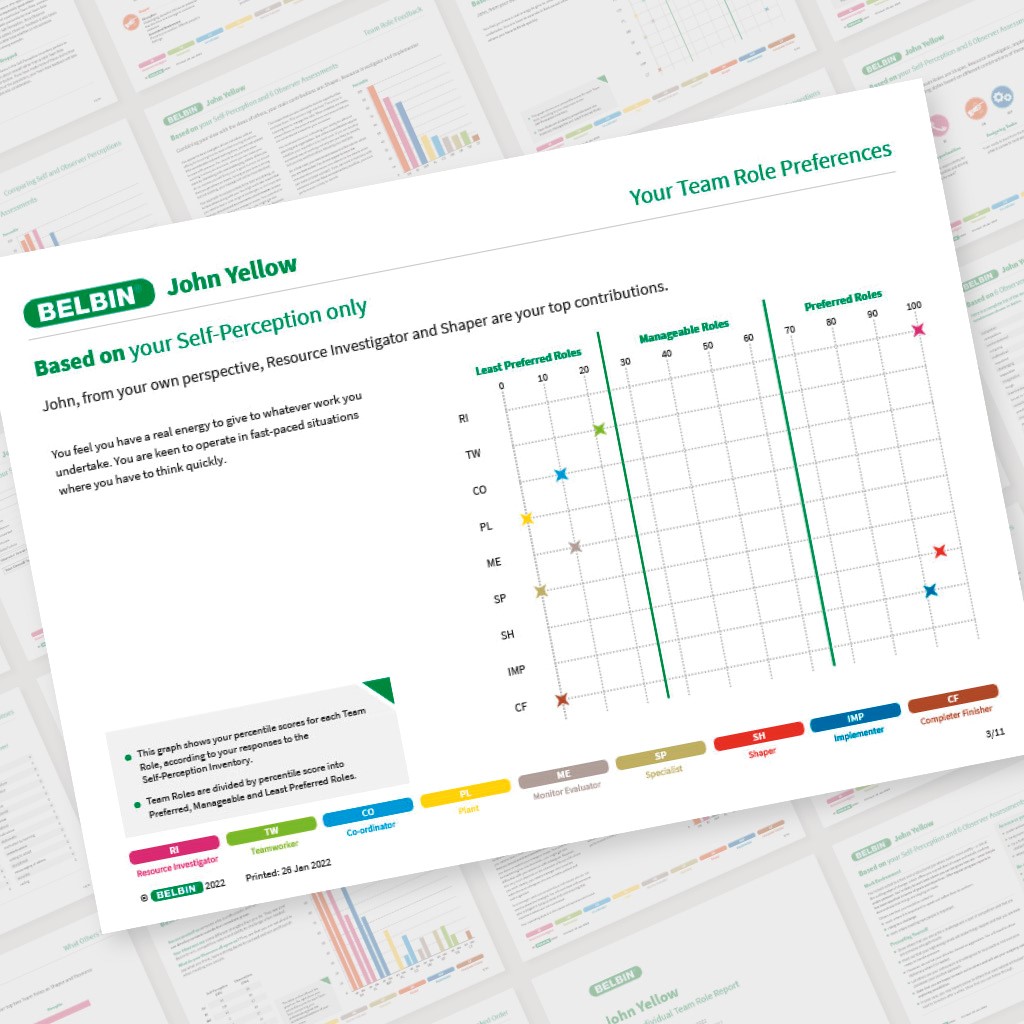 Over 3 million Belbin® Reports have been generated worldwide for individuals, managers, teams and organisations. Contact us to start your Belbin® journey, or purchase your own Belbin Individual Report directly here.